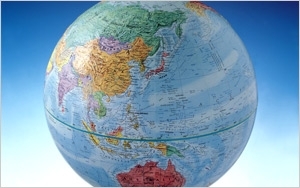 From poverty to inept governments, the Web is facing ever greater barriers to growth. As a result, its rate of expansion has declined for the fourth year in a row to just 6.6% in 2014 -- down from 14.7% in 2010 -- according to new research from Internet.org.

Sometime this year, the world’s Web community should surpass 3 billion people, by Internet.org’s calculation. At that point, however, roughly 60% of humanity will still be without a Web connection.

With participation from various wireless carries and phone makers, Facebook launched Internet.org in 2013 with the express intention of getting the world online.

The social giant has positioned the initiative as a humanitarian effort to close the digital divide between those of greater and lesser means, and spur economic and educational development.

The social giant has already put this plan in motion. For example, it recently made strides in targeting mobile consumers in developing nations through a new, experimental ad strategy.

Meanwhile, Facebook already allows advertisers to target mobile users -- and tailor their ads -- based on the speed of a user’s network connection. The ability to target by bandwidth connection is supposed to ensure a smooth user experience on any given device and network speed.

Envisioning a completely connected world, the new research from Internet.org finds that more than 90% of the world’s population already lives within range of a mobile signal. But issues like affordability, awareness, and relevance remain the biggest obstacles to Web adoption.

By Facebook’s calculation, 50% of people around the world can afford monthly data plans with a cap of 250 megabytes. Reduce that cap to 100 megabytes, and 80% of humanity could afford a mobile Web connection, by Internet.org’s estimation.

Relevance, however, is greatly hindered by the Web’s current language limits. By Internet.org’s count, at least 92 languages would be required to be understood by 80% of the world’s people.