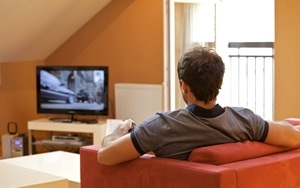 Somewhat dampening cries over cord-cutting, traditional pay TV providers added 101,000 new subscribers during the fourth-quarter 2014 period. But a closer look reveals that there are ongoing issues.

MoffettNathanson Research says this is because pay TV providers didn’t capitalize on the rapid rise of new home formation in the U.S. in the fourth quarter of 2014, which added 1.3 million during the period -- up 1.4% over the fourth-quarter 2013 period, “stronger than any quarter since the Great Recession.”

“Adjusted for these totals, cord-cutting (or perhaps cord-nevering, since they are statistically impossible to disentangle) appears to have markedly increased,” senior analysts Craig Moffett and Michael Nathanson write in a report.

"On a trailing 12-month basis, it appears that 1.4 million homes have cut (or never had) the cord, the highest 12-month total yet."

The third quarter of 2013 witnessed one of cable’s biggest drops — cutting back 3.2%, with 657,000 cable subscribers pulling the plug.