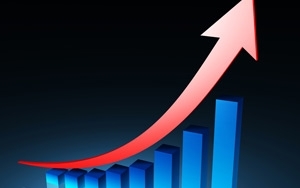 Magna Global reports today that U.S. media suppliers’ advertising revenues grew by 3% in 2014 to $164 billion, which the Interpublic Group unit termed “a modest performance in an even-numbered year."

Excluding political and Olympics dollars, the gain drops to 1.6%, which Magna said was the smallest growth in six years since the 2009 recession.

Television underperformed, given that political and Olympic dollars were flowing, with media owner ad revenue up 3%. Excluding those non-recurring revenues, TV was down 0.4%, per the Magna analysis.

This year will see an improved advertising market due to a stronger economic environment, Magna reports, with media supplier ad revenues climbing 2.7% overall and 4.1% excluding political and Olympics.

But TV will continue to be “subdued,” per the latest Magna forecast, with a decline of 2.9% overall or essentially flat (+ 0.3%) excluding political and Olympics.

“Because of its unique advantages [including] reach, immediacy and social impact, television will remain central to the marketing strategy of most brands in a foreseeable future,” said Vincent Letang, EVP, director of global forecasting at Magna Global. “But traditional media budgets will come under increasing pressure because of the diversification of tactics and the opportunities created by digital formats and big ‘data.’”

TV had a particularly tough year in 2014, according to Letang, who authored the latest Magna report. In years past, as dollars shifted to digital from traditional, the radio and print media took the brunt of the hit. But the budgets for those media “have a hit a low point where they are simply not big enough to fuel the digital effort,” wrote Letang.

Now TV budgets are starting to make a bigger contribution to the digital shift, he added. Also, some big categories like packaged goods and pharmaceuticals that have been traditionally TV-centric and slow to embrace digital formats beyond display “have finally stepped up their investment in 2014 and that will accelerate in 2015.”

Letang reiterated his previous prediction that digital and TV will garner the same level of advertising expenditure by 2016 when both sectors will reach $68 billion and a 38% share of market. “Digital media will become the clear market leader from 2017,” Letang concludes.

It should be noted that in the current report the TV figures cited do not include so-called “all screen” dollars generated for example by TV networks that sell digital packages.

In a follow-up query by email Letang clarified that “what we call “TV” is advertising revenues generated on TV sets in a "broadcast" environment (either live, DVR or VOD). It does not include the revenues generated by broadcasters on other platforms (full-episode players, Hulu).

However, those revenues are still relatively small compared to the legacy forms of advertising, and including them in an 'all screen' total doesn’t change the big picture that is a slowdown of TV advertising revenues.”