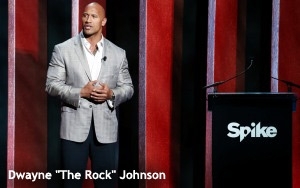 The once completely male-oriented Spike TV yesterday ballyhooed the growth of its female audience and vowed to continue to work toward evolving its dual-gender “co-viewing” in the coming year.

“Co-viewing” was a word that came up frequently Tuesday at Spike’s 2015 upfront presentation and lunch held at the cavernous Cipriani event space on East 42nd Street in New York (formerly the Bowery Savings Bank).

Spike introduced some new shows, trotted out an impressive array of stars and personalities, and adjusted its positioning with a newly designed “Spike” logo and newly minted tagline, “The Ones to Watch.”

“We have at record speed transformed our network from where it began 12 years ago as the first network for men to one that is compelling, inclusive and female-friendly,” Spike President Kevin Kay told advertising execs.

“We’ve been evolving our co-viewing for years,” Kay said. “In 2010, just 34% of our audience was female. That percentage of female viewers has increased every year and now stands at 42%. We are confident that with the new programming and branding we are unveiling today this positive trend of balancing our co-viewing is only going to continue.”

Kay cited Spike series such as “Bar Rescue,” “Ink Masters” and “To Catch a Contractor” as the main drivers in Spike’s increase in female viewership.

The stars of those shows were among the many Spike personalities who took the stage yesterday -- blustery bar rescuer Jon Taffer (who came across like a force of nature – a hurricane force, to tell the truth), tattooed rocker Dave Navarro of “Ink Master” and Adam Corolla, host of “To Catch a Contractor,” the show that catches contractors in the act of over-charging, under-working or just generally taking shortcuts while homeowners aren’t looking.

Also on hand and onstage:

Dwayne “The Rock” Johnson, who announced a development deal with Spike to produce “event programming,” including “big live events, specials, sports and initiatives surrounding our troops and veterans.”

Fitness star Jillian Michaels, who stars in one of the new shows announced yesterday, “Sweat Inc.,” a competition-elimination show in which 12 professional trainers will compete to become “the next fitness star.”

John Krasinski and Stephen Merchant (star and co-creator of “The Office” on NBC, respectively), who are producing another new Spike show, “Lip Sync Battle,” developed from the lip-sync duets that Jimmy Fallon does with celebrity guests on “The Tonight Show.” The new show premieres April 2, hosted by LL Cool J, who also appeared at the upfront.

Sir Ben Kingsley, the star of Spike’s lavish three-night miniseries, “Tut,” filmed in Morocco with thousands of extras, about the boy pharaoh whose tomb is so famous, but whose short life and reign is not. Kingsley plays the Grand Vizier to Tutankhamun, who is played by Avan Jogia.

Among the other projects in development for Spike: A miniseries adaptation of “The War For the Shore,” a book about the Atlantic City casino rivalry of Donald Trump and Steve Wynn. Unfortunately, no casting was announced for these lead roles.

As is customary for network-TV upfronts, Spike revealed that it has come up with a new identifier for its core audience, a group Spike has dubbed “The Driven.”

“We’ve created this [new] programming with a new target in mind,” Kay said. “These viewers are women and men who see themselves as passionate, as adventurous, and who want to travel their own path. We call them ‘The Driven.’ They are people who have taken their lives and spiked it. And that’s what we’ve done to our network and our programming.”

Perhaps these “driven” people will be an attractive audience for carmakers.

Spike executives emphasized that among all the devices and screens where people watch television content these days, TV is still king.

“Everyone talks about big data,” Viacom Media Head of Sales Jeff Lucas told the ad execs. “You asked us for something actionable to support our partnerships, so we launched Viacom Labs Data Solutions. We’re excited about one of our first new products, what we’re calling Viacom Virtual Networks, our data-driven approach to finding your ideal consumer across all of our screens, including TV because, really, let’s be honest, the most powerful medium driving all these social conversations is television.”

Lucas also announced that Spike would offer opportunities for “product integration” within Spike programming that he said will be unprecedented in scope. “We’re introducing a new product -- Integration Plus,” Lucas said. “Set within the narrative of Spike’s programming, these integrations will eclipse our normal integrations, hitting specific brand attributes in a way you’ve never seen before on Spike or anywhere in the industry.”