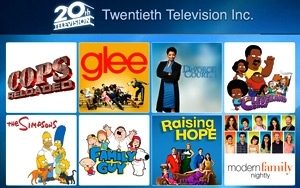 “A C1 guarantee is an option for advertisers that Twentieth is willing to discuss as part of an overall negotiation,” Michael Teicher, executive vice president of media sales for Twentieth Television, told Media Daily News. “It is a new option for 2015 upfronts.”

Syndication is talking up its key attributes versus cable network and digital video platforms: Higher ratings, smaller commercial pods and lots of live TV viewing, which works closer with C1 guarantees -- commercial ratings and one day of time-shifting.

For a long time, syndication has promoted that virtually all of its shows are viewed live -- a plus for nervous TV marketers who increasingly witness ever-higher levels of time-shifted programming with commercial skipping. For example, Twentieth Television says 97% of its programming is watched live -- compared to around 65% to 70% on average for the four big networks.

After years of pitting itself against broadcast networks and more recently cable networks, and now with digital platforms on the rise, syndicated TV programmers/distributors have other targets.

“We believe in a balanced media plan, inclusive of digital,” says Teicher. “However, given the enormous fraud that is being exposed and ad viewability issues, advertisers need to be informed to protect their investments.

“If money is moving from TV to digital, it is that much more important that their TV media work harder and be as effective as possible, hence our [higher] live viewing, [more] “A” positions and shorter [commercial] pods, he adds.

In addition to these attributes, Teicher notes in a new presentation to TV advertisers that syndication still delivers when it comes to price: “broadcast level ratings and lower-than-broadcast CPMs.” Even against cable TV, Teicher says CPMs can be a bargain -- as many top-rated original cable networks now charge that or higher than broadcast CPMs.

TV network reach is better when including syndication.

Once the chairman of the now-disbanded Syndicated Network Television Association, Teicher is now playing dual roles in part: “I’m an advocate for Twentieth Television. And if my advocacy results in the rise in the tide for other studios, fabulous.”