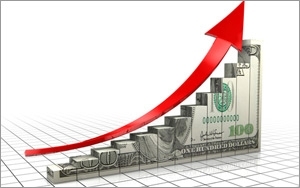 Organic revenue growth was 8.2%, which was higher than the other major holding companies. By comparison, Interpublic reported 5.5% organic growth for last year while Omnicom posted a gain of 5.7%. Publicis had 2% growth.

Organic growth in net sales, which eliminates pass-through revenue including approximately $600 million of the revenues generated by trading platform Xaxis, was 3.3% for the year.

In North America, WPP posted organic growth of 9.5% and 12.9% in the UK. In Western continental Europe the group posted growth of 3.8%

The company said it recorded “exceptional gains” of  £196 million largely representing gains on the AppNexus and Rentrak transactions completed in the second half, partly offset by £89 million of restructuring costs, £39 million pounds of IT transformation costs and  £7 million of investment write downs, giving a net exceptional gain of £61 million.

This year got off to a good start with January organic revenue growth of 6.7%, the company reported.

For now the company is forecasting organic growth of over 3% and operating margin target improvement of 0.3%.

By business sector, WPP said its advertising and media investment management was the strongest performer, with constant currency revenues up almost 21% in the final quarter and with organic growth of nearly 15%, which was slightly down from the third quarter.

The company’s data investment management (research) business posted organic growth of .6%. The second half was weaker than the first half, partly the result of stronger comparatives in the second half of 2013. The company cited an improvement in the custom research parts of the business compared with last year.

Clients remain cautious overall given macroeconomic uncertainties, WPP said. “All in all, 2015 looks to be another demanding year, although a weaker UK pound against a stronger US dollar would provide a modest currency tailwind and positive impact on profits, unlike the fierce currency headwind in 2014.”

On a conference call with analysts WPP CEO Martin Sorrell termed 2014 “another record year with market leading organic revenue growth,” despite the company’s reported revenues being “ravaged” by the strong pound versus both the U.S. dollar and the euro. Clients, said Sorrell, are “focused on short term efficiency and effectiveness.”

Asked about the company’s ad spend market share in the U.S., GroupM Global CEO Irwin Gotlieb, also on the call, said he believed it grew 2 or 3 percentage points last year as a result of investments in company’s technology and data services. “Media, data and technology have converged and they can’t be separated,” Gotlieb said, adding that synergies abound for agencies that integrate the areas properly.

Brian Lesser, CEO Xaxis, who was on the call as well, indicated that the company’s business (which had revenue of around $800 million in 2014) has shifted from a mostly display-oriented offering to a service that’s now 50% video. It’s also almost 100% reach and frequency-oriented but that’s about to change. Lesser said that the company will start to bring out products this year that are performance-based  where advertisers will pay based on cost-per-outcome versus the typical CPM pricing of reach and frequency buys.

Asked about the topic of “undisclosed rebates” by one analyst, Gotlieb responded it’s just not something the company engages in. Does it push for discounts from media vendors? Yes, and Gotlieb acknowledged as he has in the past that the company often doesn’t disclose its media costs to clients and many don’t care because they’re concern is “performance outcomes.” That’s a client outlook that will broaden over time and “inevitably” come into play with traditional media as programmatic buying expands to those channels.

This story has been updated to include remarks from WPP Executives during a Monday conference call with analysts.