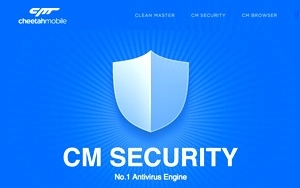 Cheetah Mobile, a China-based software company known for products like Clean Master security and storage optimizer for Android devices, has acquired MobPartner for $58 million in an effort to better serve brands. The move signals an ambitious plan to collectively become one of the leading mobile advertising platforms.

MobPartner will become a Cheetah wholly owned subsidiary when the deal closes. CEO Djamel Agaoua will continue to run MobPartner, taking on the role of SVP at Cheetah Mobile.

Agaoua said Cheetah Mobile said the deal accelerates the company's growth and expansion plans, such as an international footprint in mobile media. The majority of its clients have global footprints, he said.

The companies combined strengths will allow it to support other services in the long run, such as data collection from opt-in services from Internet of Things and digital payment services, a hot topic at this year's South By Southwest (SXSW) festival.

Today, MobPartners add data to Cheetah's treasure trove of insights on how consumers use mobile phones and improves ad-targeting capabilities on smartphones, tablets and other mobile devices. It also will enable the company to more into ad targeting for other types of Internet-connected devices as hardware gets developed, shipped and deployed by brands and retailers.

Investors continue to move aggressively into the mobile market. On Monday, digital marketer glispa said it secured a deal worth $77 million from Market Tech Holdings, which acquired a majority stake in the company that focuses on mCommerce, gaming, utilities and productivity tool to support mobile advertising. The Market Tech group has a market cap of $1.4 billion, per the company.

eMarketer estimates 82% of smartphone users browse, research and compare products and services, while 43% use them to make retail purchases.