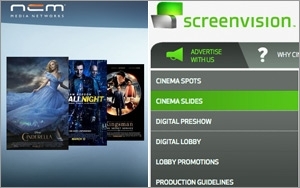 There won’t be a Hollywood ending for National CineMedia and Screenvision after all. The country’s two leading cinema advertising networks announced Monday they are canceling their merger agreement, first revealed in May 2014, due to regulatory opposition.

The U.S. Department of Justice had filed a lawsuit seeking to block the merger on anti-competitive grounds in November 2014.

NCM Chairman and CEO Kurt Hall stated: “While I am disappointed that our shareholders and our advertising clients and exhibitor partners will not realize the benefits of a merger with Screenvision, I remain confident in our ability to continue to innovate and build our business.”

The cinema ad networks originally said the merger was necessary to enable them to compete with new forms of digital video from online, mobile, and cable rivals.

The merger, they argued, would give cinema advertising the national reach and coverage needed to woo advertisers, along with enhanced targeting by demographic characteristics like age and gender -- another necessity to compete with highly targeted new media.

However, the DOJ was unimpressed by these arguments, with U.S. Assistant Attorney General Bill Baer arguing in the government’s lawsuit filed in the U.S. District Court of Southern New York in November: “This merger to monopoly is exactly the type of transaction the antitrust laws were designed to prohibit. If this deal is allowed to proceed, the benefits of competition will be lost, depriving theaters and advertisers of options for cinema advertising network services and risking higher prices to movie goers.”

The DOJ warned that a merger would give NCM and Screenvision monopolistic power when negotiating affiliate agreements with independent theaters and setting rates for advertising clients. The DOJ added that theaters might then be forced to pass these costs on to consumers in the form of higher ticket prices.