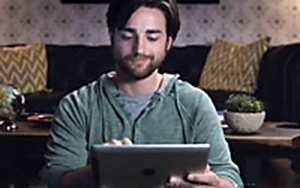 If you are taking an online survey, whether for a brand, service, or market research study, there's a decent chance you're doing it on a mobile device. But whether you complete it or not may depend on how well designed it is for the small screen.

FocusVision’s “2014 Trends Report: Mobile Participation in Online Surveys” delves into survey responses, by parsing some 74 million surveys from research technology company Decipher, which the company acquired this year. The aggregate data from Decipher shows that, broadly speaking, survey starts on desktop devices have dropped from about 95% to under 80%, while survey starts on smartphones and tablets have increased from under 10% to around 25% between 2011 and 2014.

But the study finds that if a marketer is surveying consumers who were taken from a panel group, desktop-optimized surveys are most effective. But client-supplied respondents — a brand’s own consumers — are much more oriented toward mobile devices. “Panel members often sign up to join panels using a PC device,” says the study. “We suspect that they are more likely to check email and get the survey invite while using a PC. As panel members expect to receive surveys, they are prepared to take them on the device with the best viewing and user experience. Panel members are still slow to adopt mobile survey access.”

The white paper notes that nowadays, mobile-optimized surveys are designed with the smaller smartphone screens in mind, which makes scaling to a larger mobile screen easy, since all but the essentials have been necessarily stripped away for the small screen.

Said Aaron Jue, director of research for FocusVision, in a statement: “This study just reinforces that researchers need to continue focusing on survey designs that accommodate smaller screens and touch devices such as tablets and smartphones.”

He said there are shifts in the mobile landscape that survey makers need to think about: a rising use of Android-based devices and tablets, while on the programming side HTML5 has supplanted Adobe Flash.