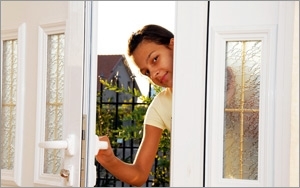 Alternative perspectives spark creativity. Start thinking about better ways to use search engine marketing in ways other than simply directing people to the landing page, through the mobile app, and into retail store. What happens between the searches and why do they occur?

It's not just about technologies like holographic, virtual reality, augmented reality, rich media advertisement, and programmatic process, or devices like smartphones and tablets.

Search will evolve, but marketers need to start thinking different about the media. Think about the space between the searches, suggests Valerie Carlson, executive creative director at Sapientnitro, Los Angeles. Pinterest focuses on the psychology and the behavior of search. The company focuses on emotional drivers and the way people put boards together and why people share things. "I think about music when I think about search," she said. "The way you move from one song into a genre, into a history, and into the background of someone's life."

Music teaches us about the emotional and physical state of a person's point in time during their life such as a wedding or meeting someone new. It lets marketers studying behavior, speculating on why something might happen during a specific year. Carlson points to the 1980s, when John Hughes movies were popular and how music relates to that era.

At the South By Southwest (SXSW) festival Sunday, Hollywood ledged Brian Grazer told a packed room that Hollywood doesn’t breed ideas, but rather curiosity does. So he makes it a point to have curiosity conversations with someone outside the industry every two weeks. An alternative perspective gives him fodder to create movies and television shows.

Think of traditional SEM and content as a starting point rather than a solution. Search marketers and creative teams have the ability to change lives. Humanize the experience. Others have touted this message for years, but Carlson says it again -- the most meaningful campaigns include consumer input.