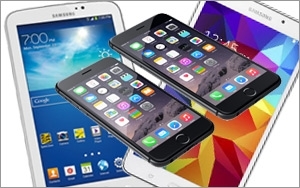 For Coca-Cola, mobile drove 25% of awareness, 9% of the conversation around the "home brewed taste" campaign, and increased sales by 6% with a mere 5% of budget, per the Mobile Marketing Association (MMA) study released Tuesday.

Most brands don't allocate enough of their budget to mobile. Perhaps it's because most mobile ads "suck," as Tom Bick, senior director of marketing at Kraft, suggested during a panel at the OMMA South By Southwest festival. Greg Stuart, MMA CEO, said a company the size of Coca-Cola typically allocates 2% and 4% of their total marketing mix to mobile, on average. Investing more in the "double digits," based on total campaign budgets, would bring in better results.

The study shows allocating more of a brand's overall campaign, which means cannibalizing other media buys, and allocating it to mobile media, increases the return on vestment (ROI), without raising the brand's overall budget. The MMA tries to make the point that mobile campaigns augment those running in display, rich media, video, search and other types of media. It drives performance from upper funnel metrics like awareness and image, to purchase intent and actual behavior like foot traffic in to stores that increase sales.

Aside from Coca-Cola, the study assesses campaigns from AT&T, MasterCard and Wal-Mart to quantify the theory. For the Wal-Mart Back to School, mobile impacted more consumers per dollar spent than both broadcast and cable TV. Mobile drove 14% of change in overall shopping intent despite only 7% of the spend. It also drove verified foot traffic, with location ads producing a significant lift vs. control.

The MMA suggests that brands participating in the studies increased their online ad spend by 30x the average, based on the insights. Additionally, the impact to the growth of the industry, measured as a direct result of the research, was 2.2x the amount.