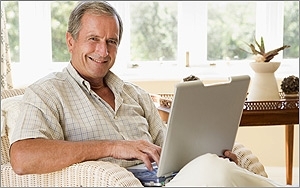 Marketers should think twice before discounting the influence of Baby Boomers, who still control 70% of all disposable income in the United States, according to U.S. News & World Report.

The group -- defined by the U.S. Census as those born between 1946 and 1964 -- are 76 million strong nationwide, and their influence on health care, technology, travel and e-commerce is only growing.

With 6.3 million Boomers, or 25% of its site-wide trafficcoming to U.S. News each month, the news organization took a deep dive into Boomer habits -- combining audience surveys and analytics with recent market research to better understand this generation’s unique place in the market.

Technology is completely within their grasp, with 83% of the group conducting online research before making major offline purchases.

Practical matters are not far from top of mind, as 57% say that funding retirement is one of their top financial concerns.

Overall, 55% of consumer packaged goods sales are made by Boomers. The demographic's loyalty is worth earning, as 55% remain loyal to brands they like.

Baby Boomers are expected to live longer than any previous generation, and they remain proactive when it comes to their health.

Whether they are seeking diet and exercise advice, choosing a specialty doctor, or finding the best over-the-counter health products, Boomers tend to be the largest demographic visiting U.S. News’ health-related pages.

Finally, Boomers are influential members of both local and national communities. In addition to their significant presence in elections, they actively engage with current events in order to create informed opinions on today’s national agenda issues. Between 2012 and 2014, the percentage of Boomer voters in national elections rose from 38% to 43%.

Many have written off Boomers in favor of younger generations, but as U.S. News' research suggests, Boomers have only just begun to transform practically every industry in the country.

As more and more Boomers reach retirement age, they face fundamental changes in their lifestyle and spending habits. Whether it’s smart investments to extend their nest eggs, finding the best doctors and hospitals to get their hips replaced, or exploring ideas for the perfect vacation for their golden years, Boomers are informed decision makers and motivated planners who are embracing a long, active and thriving future, according to the news organization.