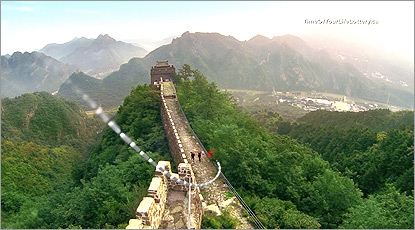 The Heart and Stroke Foundation is one of Canada’s largest and most effective health charities, investing more than $1.39 billion in heart and stroke research, making the charity the largest contributor in Canada after the federal government.

Now, H&SF and digital agency Real Interactive are launching one of the agency's biggest campaigns, The Time of Your Life Lottery, with the proceeds going toward the foundation's fundraising efforts and research.

The concept encourages Canadian residents to donate by dangling the possibility that their dreams may come true with the purchase of a lottery ticket. Each $40 entry gives buyers a one-in-ten chance at over forty-five-thousand prizes, including forty fifty-thousand-dollar personalized vacations. People are able to choose from a prepackaged trip or customize their own vacation. One grand prize winner will receive $1.1 million dollars.

Real Interactive took the visual mnemonic from the foundation's logo - a paper origami travel heart - and incorporated it into all communication.

For instance, the 30-second TV spot uses the heart image to guide the viewer through remote and exotic vacation destinations to evoke the "fear of missing out.” The spot ends with the call-to-action message of “now is the time to travel for heart."

The multi-faceted campaign is designed to drive people to the timeofyourlifelottery.ca website and is supported with a strategically timed media buy. "During the planning of the campaign we strategized to ensure we had the right pieces in front of Ontario residents at the right time," says Erin Abbatangelo, Director, Client Services, Real Interactive.

"For example, we didn’t want direct mail arriving in people’s mailboxes during March Break knowing that a large portion of our target market would have children attending school. We also considered larger urban city centers like Toronto, Ottawa, Hamilton, Kitchener/Waterloo, Barrie, etc. in Ontario where people commute to and from work where we placed media on Go Trains, local radio stations and newspapers and Toronto Transit."

The first direct mail to Heart & Stroke Foundation supporters went out the week beginning March 9th and there are plans for several additional addressed and unaddressed direct mails over the course of the lottery. TV, digital ads (rich media and pre-roll) as well as search engine marketing run through June 3 and promote the main lottery messaging and the deadlines.

Radio has an on-off strategy to support the lottery that rotates based on the lottery message at the time the message is live. And social media appears across multiple channels with the taglines "Reduce your risk" and "#TravelForHeart." Out-of-home and digital out-of-home supports the main lottery message over the entire campaign.

Real Interactive, which is part of the MDC Partners Network, has been an H&SF agency since October 2014.