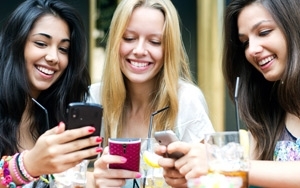 BIA/Kelsey estimates mobile searches lead to 72 billion annual calls via mobile devices. The age groups--Millennials and Generation X--tend to trend higher. Two services--financial and insurance--rely heavily on inbound phone leads. Analysis from a recent study examining more than one million calls from mobile search and display advertisements on these two service sectors bring to light click-to-call monetization tactics marketers should consider, but they also could be used in other sectors.

The Marchex Institute, a research lab within Marchex, released the report showing mobile advertising proves an effective way for financial services and insurance companies to connect with Millennials and Generation X. Both age groups tend to initiate searches and then calls from a mobile search.

The report analyzes the types of phone calls received from advertisements, search and display, their purchase intent, as well as voice search and affiliate ads. Of the 1 million phone calls analyzed, more than 31% were from potential customers intending to make a purchase. Compared with clicks, phone calls have much higher purchase intent from mobile devices. In fact, 24% of phone calls from advertisements are from existing customers, even though most ads are acquisition-oriented, per the report. The rest of the calls are either accidental, because the caller never makes a selection on a phone tree, or short, defined as 2 minutes or less.

It turns out that the median conversion rate for click-to-call multi-channel mobile advertising campaigns for insurance or financial services is 9.6%. Top performing campaigns can reach 15% and some campaigns convert at just 6.4%.

Interestingly, calls from voice search produce fewer accidental or short calls, compared with other channels because of the ad format. They tend to have a higher rate of customer service calls. It is a high-performing incremental channel to search and display with 35% of calls from prospects with purchase intent, per the study.

In fact calls to insurance advertising in 2014 from voice produced 35% from prospective clients, 26% spam and misdials, 23% from existing customers, and 16% from short and repeat phone calls.

Although mobile display can become an effective way to attract new customers, the report calls out the need to audit mobile display channels for accidental calls. Some 53% of calls are either very short or are misdials, but with proper filtering this can become a good source of incremental leads beyond search campaigns

The report also notes that calls from mobile search ads produce the highest rate of customer service calls, attributable to the high volume of brand searches. About 48% of calls to insurance advertisers in 2014 from search ads from existing customers, 32% from prospects,12% from spam or misdials, and 8% from short and repeat phone calls. The data set includes more than 450,000 phone calls from January through July 2014 to Marchex advertisers in the financial/insurance industries.