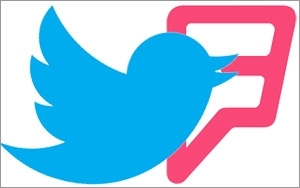 As was widely expected, Twitter is partnering with Foursquare to expand its location-based efforts.

With Foursquare’s help, “you can choose to add a location to your Tweets using Twitter for Android, Twitter for iOS, twitter.com or other mobile applications,” according to Twitter’s new terms of service. “In select locations, you may also label your Tweet with the name of a specific business, landmark, or other point of interest … These locations are provided by Foursquare.”

The microblogging giant believes that Foursquare can help it surface more geographically relevant information for users, while Foursquare could certainly use the additional exposure.

Twitter’s interest in location-based social networking tools is well known. Last summer, the company bought a start-up named Mitro. Best known for a Web browser extension that allows people to store and share passwords, Mitro’s small team joined Twitter’s location team in New York, where it has been focusing on a variety of “geo-related projects.”

In 2013, Twitter was reportedly preparing to let retail brands show promoted tweets to consumers who open mobile apps within close proximity to their stores.

Foursquare, meanwhile, is trying to regain its footing after making the drastic decision to divide itself into two distinct apps. One, named Swarm, does what people have long associated with the Foursquare brand -- it allows people to check in to physical locations and become the “mayor” of local establishments. Another more Yelp-like service took the Foursquare name.

User response to Foursquare’s big split has been mixed. Last October, Foursquare ranked #923 overall in the U.S. App Store -- a huge decline from its rank of #44 in 2011, VentureBeat reported, citing data from comScore, App Annie, Google and Foursquare.

Foursquare was also recently called out for deciding to track users' locations by default -- even when its app is turned off -- and then drawing on that data to send recommendations.

Bigger picture -- the promise of location-based social networking has never been brighter. By 2016, 90% of smartphones will be enabled with GPS technology, and as a result, the global, real-time, mobile location-based advertising and marketing market is expected to reach $9 billion by 2017.

It’s no surprise, then, that Facebook recently began testing a new service that pops place-based information right into users’ News Feed. Starting in and around New York City, “Place tips” seeks to serve up “fun, useful and relevant info about the place you’re at,” Mike LeBeau, a product manager at Facebook, explains in a new blog post. If well received by users, Place tips could challenge local ratings services like Yelp, Foursquare and similar offerings from Google.