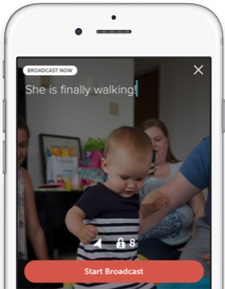 Just weeks after confirming the acquisition of Periscope, Twitter has relaunched the live-streaming app under its little blue wings.

The new app lets users share and experience live video directly from their mobile devices. The press of a button notifies followers that one is streaming video live, from which point viewers can influence the broadcaster by sending them messages, and expressing their “love” by tapping their mobile screen to send hearts.

Financial terms of the deal were not disclosed, but reports put Periscope’s sale at somewhere $50 million to $100 million.