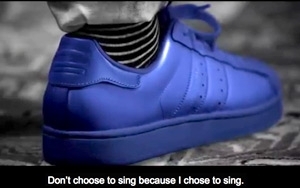 After a rough year, Adidas is shifting its strategy, concentrating on major cities to win market share from Nike. It says it will increase spending to concentrate on New York and Los Angeles in the U.S. “If we can win runners in New York and L.A.,” company executives told analysts in remarks given at the company’s Investor Day in Herzogenaurach, Germany, “we will win North America.”

Last year, the company fell from second to third place in the U.S. sportswear market, as ranked by Sterne Agee and SportsScan, with a 30% decline in shoe sales and a 20% fall in clothing. Rival Under Armour moved up to the No. 2 slot.

Adidas’ new strategic plan is focused on  “'creating the new,’ and significantly increasing brand desirability,” says Herbert Hainer, its CEO, during the event. The new plan, designed to carry the German sportswear company through 2020, is centered on three areas:

*Speed, as the company tries to take a page from the H&M and Zara playbook“Going forward, speed will be a key competitive advantage for us as we transform the Adidas Group into the first true fast sports company,” says Hainer, and says it plans to make production speed a mantra in all divisions.

*Cities that spend the most and establish trendsAs urban consumers emerge as both the biggest spenders and leading trendsetters, the company is vowing to concentrate on six key hubs: Los Angeles, New York, London, Paris, Shanghai and Tokyo. “Across these cities, the Adidas Group will over-proportionally invest in talent, attention and marketing spend,” it says.

*Open sourcing with athletes, celebrities and consumersConcentrating on its three primary brands — Adidas, Reebok and TaylorMade Golf — it says it is unleashing open source, a commitment to increase consumer desire in how the company “creates, designs and presents products.” The move, including its recent collaboration with Kanye West, is intended to make consumers “become part of its brands and, as a result, increasingly build brand advocacy.”

Taken together, it says the three points of focus and increase market share, promising a 15% annual gain in profits.

The company recently announced that for the admittedly bumpy year, global sales in its Adidas brand rose 11%, while they gained 5% at Reebok (its 7th consecutive quarter of gains). Sales at TaylorMade-adidas Golf fell 28%, however.

The company plans to open more stores, so that its own retail units generate 60% of its sales, up from 50%. “Brands are finding opening their own stores an effective way to liquidate inventory and to build the brand,” Matt Powell, sports industry analyst for the NPD Group, tells Marketing Daily. And he also praised the decision to focus Reebok on the fitness market, comprising young people who work out often, but in a variety of ways. “The fitness market is important right now. Millennials are very health conscious. Reebok's strategy is the right one, but it will take time to play out.”

The company also conceded it had made mistakes, such as over-focusing on its soccer products.

Maybe, says Powell, but the proof will be in the sneakers. “The real key to the brand turnaround in the U.S. is product. Success always starts with great product.”