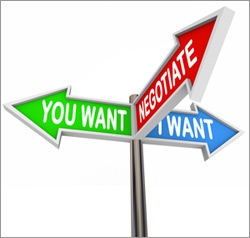 Yahoo is in the midst of renegotiating its 10-year agreement with Microsoft to keep Bing as its search engine. The deal began in 2010, but the agreement allows for the two companies to make changes or end the agreement after five years.

Microsoft and Yahoo originally had 30 days after Feb. 23 to make changes to the Bing agreement, but a U.S. Securities and Exchange Commission 8-K filing explains that the companies agreed to extend those negotiations another 30 days.

The U.S. revenue per search (RPS) has become the major challenge. The 10-K filed on Feb. 27, 2015 states that other companies, in addition to other termination rights, had the right to terminate the search agreement during the 30 days following Feb. 23, 2015, if the trailing 12-month average of the RPS on Yahoo properties generated less than a specified percentage of Google's trailing 12-month estimated average U.S. RPS, excluding mobile devices.

Early in the agreement, during an earnings call former Yahoo CEO Carol Bartz voiced her concern that the company's RPS was worse under the Microsoft deal, compared with when it controlled its own technology. Last year, Microsoft Bing GM David Pann said RPS continued to steadily improve.