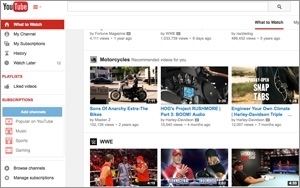 Around 75% of OTT users quit a video experience after more than four minutes, according to new study by video optimization company Conviva.

Reasons include poor video streaming quality and/or excessive interruptions. Only one in four viewers makes it past the four-minute mark.

Additionally, one in three abandoned their OTT provider if they have a bad experience. Estimates are the OTT market could become a $10 billion business by 2018.

Early this year, Conviva conducted a survey of 750 U.S. consumers of both genders, aged 26–34, representing what it says is “an important portion of those who appear most likely to select OTT video instead of traditional pay TV services.”

Conviva says much also depends on specific markets in how consumers will react. The U.S. is at 3.75 Mbps sustained picture fidelity -- a high quality -- and a 0.48% interruption rate rate. Other countries have a slightly lower quality rate on average, but a much better lower interruption rate -- including the U.K., Japan, Canada and the Netherlands.