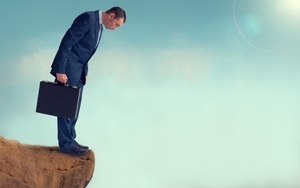 Trada, which launched as a crowdsourced search marketplace in 2008, announced on its Web site Monday that it would close its doors. The company became unable to pay creditors, which insisted that it shut down the marketplace, effective immediately.

"We truly regret the difficulty that this will cause our clients and community and we are working within the confines of the creditors’ rights to mitigate these difficulties," a note on Trada's Web site reads, directing customers to use WordStream or White Shark Media.

The company fell on difficult times in the past few years. It restructured in 2013. At the time, Trada founder Niel Robertson declined to provide details, but told Search Marketing Daily that the "doors are wide open, still, and we're taking on new customers, serving every existing customer, and nicely profitable and stable."

In an email dated November 2013, he wrote, "happy to tell you what's coming next very soon" -- but "soon" never came and by March 2015, one source said the "failure of product, marketing, and pretty much everything else imaginable" led to the closure.

In the meantime, as the company continues to raise cash, it went up for sale, but there were no takers. Trada raised $1 million in April 2014, adding to the $19 million total, including funding from Google Ventures. The late funding typical occurs when a company's out of cash and investors are fed up. They will shell out small amounts of cash to keep the business going.

"Better to put in $1 million in hopes of recovering some of the money you’ve invested in the past," per a source.

While Trada hit the Inc. 5000 list of fastest-growing startups by the end of 2012, with a staff of 75, in less than two years the company reduced its staff from 65 to around 11. Reducing the employee count made the company profitable. It helped them survive longer, but only until the existing customers churn out. The source estimates the average customer lifetime in paid search marketing at around 1.5 to 2 years, and since Trada had no sales team to replenish churned customers the company faced a rocky ride.