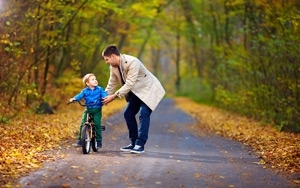 Search marketers managing social budgets might see the cost per click on Facebook ads rise these days. In February, Facebook began using ad relevance as one metric to determine the price for advertisements on the site.

Similar to Google's relevance scores for search, Facebook launched a relevance score in February to more align the targeted ad with user intent. The social site now uses feedback from ad viewers to determine the score on a scale of 1 to 10, with 10 being the highest possible score.

The score determines the cost of the advertisement. The higher the Relevance Score, the lower the cost of ad delivery -- rewarding marketers for quality, relevant ads. The ads that poorly target site visitors, or do not resonate with the audience, will cost more for clicks and impressions.

Merkle RKG shows a 21% year-over-year increase in CPCs during Q1, following a 9% lift in Q4, but the company has not seen an acceleration during the past few weeks in the year-over-year increase to suggest that the release of the relevance score has impacted the cost of traffic, per Andy Taylor, senior research analyst supporting social campaigns at Merkle RKG.

Kenshoo CMO Aaron Goldman said the tech company's platform saw a 9% sequential uptick for CPCs in February, but that is consistent with historical increases seen between January and February, making it a little too early to attribute the increase to the new relevance score.

IgnitionOne has seen "very significant changes in Facebook ad performance in the past few months," but not necessisarily attributable to the relevance score. "Impressions are significantly down and cost is significantly up," said IgnitionOne President Roger Barnett.

WordStream founder Larry Kim suggests testing ads with small audiences to see the combinations of creative and ad targeting produces the greatest Relevance Score before launching a full campaign. Other metrics such as cost, conversion, and reach still matter he explains in a post.

Facebook explains in a post that the relevance score is calculated based on the positive and negative feedback it expects an ad to receive from its target audience. The more positive interactions, the higher the ad’s relevance score will be. The positive indicators vary depending on the objective of the ad, but may include video views, conversions, and other signals. The more times Facebook expects site visitors to hide or report an ad, the lower the score.