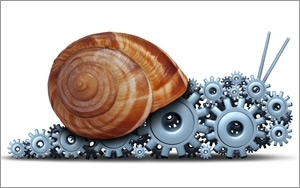 Google will take the majority of search marketing advertising dollars that marketers spend this year, but growth continues to slow. Research released Tuesday estimates the Mountain View, Calif. company will see 15.7% search ad revenue growth this year, increasing to $44.46 billion worldwide -- up from $38.42 last year. The percentage of net search ad revenue fell in 2015, however, from 17.7% in 2014, and 16.8% in 2013. The ban on Google in China may contribute to the loss.

Brands will spend $14.90 billion in China on this year on search advertising -- up 32.8% from 2014 -- which accounts for 18.2% of all search spending worldwide, per eMarketer. The research firm attributes strong ecommerce growth to China's rise in Internet services in major cities like Beijing or Shanghai, and also third- and fourth-tier cities.

Baidu continues to capitalize on the benefits of Google's ban in China, and the growth of Internet users. China's share rose to 8.8% of search ad spending globally this year, up from 7.6% in 2014.

Meanwhile, Microsoft and Yahoo are still key players, but combined will own 6.5% of the global search ad market in 2015. Bing's strong growth in 2014 meant an increase in share from 3.7% to 4.2% in 2014. eMarketer expects the company to maintain that same level in 2015.

The numbers also suggest that Yahoo's slide continues to slow. eMarketer expects Yahoo to see a 6.9% uptick in search revenue growth this year, followed by 4.8% growth in 2014. Globally, Yahoo will take 2.3% share of the search market in 2015, dipping from 2.5% in 2014.

The U.S. search ad market will reach $25.66 billion in 2015 -- more than a third of the worldwide search ad market of $81.59 billion and up 16.2% compared with the prior year. Within four years eMarketer estimates that marketers will spend $130.58 billion globally, growing at nearly 10% year-over-year. Digital ad spend worldwide will reach $170.85 billion in 2015, according to estimates from eMarketer.