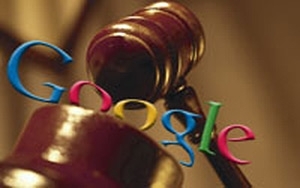 Google has so far refunded $30 million to parents whose children made in-app purchases, the company says in new court papers.

The company revealed that figure as part of an effort to convince U.S. District Court Judge Ronald Whyte in San Jose, Calif. to dismiss a potential class-action lawsuit by parents who say they were wrongly billed for in-app purchases by their children. Google says the parents can't proceed in court, because the company already settled a Federal Trade Commission complaint about the so-called “family fraud” charges.

Google argues that the FTC settlement -- which requires the company to issue refunds -- already compensates any parents who would join in the class-action lawsuit. “Where each putative class member is entitled to receive full restitution from a government settlement, the government settlement is unquestionably superior to costly, duplicative class-action litigation,” Google says in its most recent round of court papers, which were filed late last week with Whyte.

The arguments are the latest turn in a lawsuit that dates to March of 2014, when New York resident Ilana Imber-Gluck alleged that one of her two young sons, both of whom were then under 6, purchased $65.95 worth of in-game currency shortly after she downloaded the 99-cent app “Run Jump Smash.”

Imber-Gluck said in her complaint that Google allows parents to purchase apps for their children, but doesn't adequately disclose that kids will be able to automatically purchase in-game currency for a period of 30 minutes. Other parents later joined in the case.

The parents said in court papers filed earlier in March that they wished to proceed with a class-action regardless of the FTC settlement. Among other arguments, the parents contend that the FTC didn't require Google to adequately notify parents about the matter.

“The FTC Settlement required Google to send only one email notice to consumers who had made prior in-app purchases. The subject line of the email does not mention unauthorized purchases by minors,” the parents argued. “The notice does not mention that the FTC has accused of it violating the law, but rather, suggests that Google voluntarily decided to take action.”

Google counters in papers filed on Friday that its notifications have been “remarkably effective.”

“As of March 23, 2015, Google had provided approximately $30 million in refunds to Google Play account holders pursuant to the refund process put in place under the FTC decision and order,” the company argues. “The FTC has never suggested to Google that its notice does not comply with the decision and order or otherwise does not provide consumers with adequate information about the refund process.”

The company adds that its notices give consumers a simple way to submit refund claims. “The notice provides users a list of all Google Play purchases during the relevant time period and users need only 'check off' which purchases were unauthorized to make a claim,” the company says.

Whyte has scheduled a hearing on the matter for Friday.