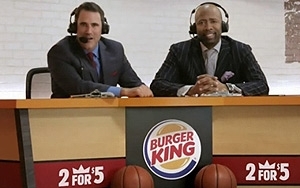 Like the Oscars and the Super Bowl, March Madness draws many brand advertising dollars. With millions of viewers engaged on-screen and online, brands have learned to deliver well-timed and relevant messaging to sports lovers everywhere.

Brands currently time posts on game (event) days, but this may not always be the best strategy. The highest average engagement per post occurs when post volume is lowest: on the day(s) preceding an event or round. Brands may have better success reaching their audience on non-game or pre-game days for high-profile events, since competitive post volume and audience distraction will be lower.

"One of the most interesting findings from our March Madness Engagement Report was that pre- and post-game activation was most effective at driving awareness and engagement,” says Scott Jones, VP of Marketing for Origami Logic, Menlo Park, Calif. “Many marketers might assume game day would be the most effective.”

More than 200 major brands were analyzed across sports, apparel, entertainment, automotive and other segments. Origami's data analysis tracks public activity from these brands across Facebook, Twitter, Google+, and Instagram during March Madness season to see how campaigns performed.

The report reveals that Instagram has a consistently higher engagement rate per post compared to all other channels, and event campaigns are no exception.

"Instagram, although the least mature social platform, delivered the best performance,” Jones tells Marketing Daily. “We think this is due to the fact that Instagram is still 100% organic content, where quality and brand equity are rewarded.”

The primary takeaway for brands is that major events are extremely noisy and crowded, he says.

“Brands have an opportunity to maximize their campaign efforts by focusing on the white space, both in terms of channels and timing, where and when there is less competitive voice,” Jones says.“Marketers need to think holistically when activating around events. Focusing on breadth, as well as depth, of coverage when planning for event activation is critical.”

Although NCAA sponsors generally received high levels of engagement due to their post volume, some non-sponsor brands in FMCG, fast food, and sportswear verticals ranked highly using engaging creative content to drive organic reach. Brands that make an effort to activate around non-sponsored as well as sponsored events should be well rewarded if their product and messaging is relevant to the specific event.

"When investing in event-specific activation, brands should measure and track performance specifically for the campaign to ensure that their efforts can be quantified in an explicit way,” Jones says. “This allows them to make in-flight optimizations with confidence."