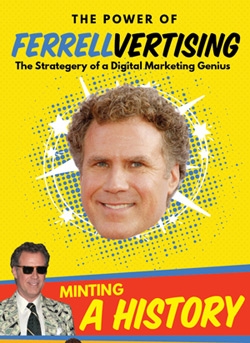 Comedian Kevin Hart is currently the biggest comedic movie star in the world, based on social media consumption between February 2014 - February 2015, according to Amobee Brand Intelligence.

The digital shop's consumption metric tracks how often someone actually “sees” a term across 600,000 digital publisher sites, including mobile and social media.

Hart's popularity is due to his vast media footprint. Between January - March 2015, 21% of the social media mentioning him was related to Justin Bieber, while 20% mentioned his movie Wedding Ringer, and 12% mentioned the Comedy Central Roast of Bieber. Six percent of the consumption around him was about the movie Ride Along, and 5% mentioned his Saturday Night Live appearance.

There’s one connection among all top 10 celebrities: SNL. Five out of 10 of the most mentioned comedic movie stars were once Saturday Night Live cast members, with the other five, including Hart, hosting the program at least once.

Amobee says these findings speak to the central place of SNL in the current comedy landscape.
But social media consumption isn't necessarily tied only to movies and TV promotion. Will Ferrell, in particular, is effective in lifting brand awareness and visibility through his endorsements, says Ammiel Kamon, SVP of Product and Marketing, Amobee Brand Intelligence.

For instance, his support for Little Debbie increased the brand's awareness by 1,727% after supporting the snacks during his March 18 appearance on the Tonight Show. And Ferrell has had similar effects for Dodge Durango, MLB, Old Milwaukee and NASCAR. "The effect of his actions can sometimes be felt many years after Ferrell’s endorsements," says Kamon.

At the same time, these product promotions also benefit Ferrell. Despite the fact Ferrell appeared in only one movie between February 2014 and February 2015, only six comedic movie stars had more online consumption than him over those 12 months. Ultimately, Ferrell illustrates how brands are able to benefit from being associated with celebrities who have a powerful presence across multiple screens, and have been able to form a real connection with fans, says Kamon.