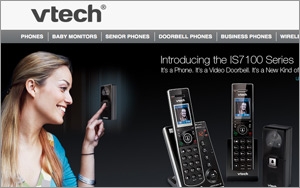 Horizon Media has retained the VTech Electronics media assignment after the maker of developmental stage-based electronic products for children completed a formal review. The review also assessed creative chores and the client appointed Siltanen & Partners as its new creative agency.

With the win Horizon Media will continue to serve as the Media Agency of Record providing media and communications planning and buying services with an integrated approach.

“We wanted to review our marketing efforts in an increasingly competitive environment and Horizon strongly demonstrated its deep understanding of our business and its continued ability to drive sales and increase market share,” said Jennifer Eiselein, the recently appointed Director of Marketing at VTech.

The California-based Siltanen landed the account partially due to its close relationship with VTech's Eiselein, who was a former client of the agency when she worked at Amazon prior to joining VTech last July.

The two agencies will debut their first collaborative campaign later this year with messaging targeted to both parents and children.

“VTech is a learning authority in the children’s toy space and is known for its innovative approach to product development,” said Tim McCarthy, Vice President, Managing Director of Brand Strategy at Horizon Media. “We are thrilled to continue to partner with the company to provide media services and look forward to highlighting its pioneering educational toys across the U.S.”

The review was led externally by Stephen Boehler of the Mercer Island Group.