CEO Marissa Mayer continues to push Yahoo into being a mobile-first company, and proof may have surfaced in some screenshots obtained by one media outlet.

The Business Insider shares what it believes a new user interface for Yahoo's mobile search engine, and the opportunity seems more realistic after yesterday's announcement of the integration with Flurry to create "persona" native mobile behavioral audience groups based on the type of applications a smartphone user has on their phone. 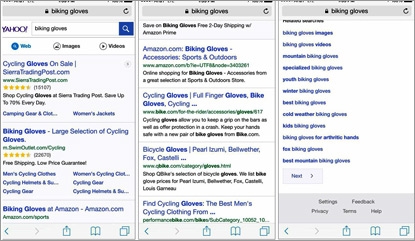 Yahoo and Microsoft have been renegotiating their search partnership originally signed in 2009. The two had 30 days from Feb. 23 to make changes to the Bing agreement, but a U.S. Securities and Exchange Commission 8-K filing explains that the companies agreed to extend those negotiations another 30 days.

Reports suggest that a small percentage of users are testing Yahoo's mobile search engine. The Yahoo screenshots do not have a "Powered by Bing" tag on any of the screens, but I wouldn't read much into that yet. Yahoo has always been in complete control of the user interface. Bing only pushes the search results to Yahoo. It has no control on the layout or format on the screen.

"Search is an important part of Yahoo's business," said a Yahoo spokesperson. "We're always experimenting and looking to improve the experience of our users. We have nothing to announce at this time."
Meanwhile, Google has announced a streamlined version of its mobile search engine designed to load fast on slow connections. The information serves up in a simpler format. There's nothing new to download or update. The lighter version kicks in automatically when needed. 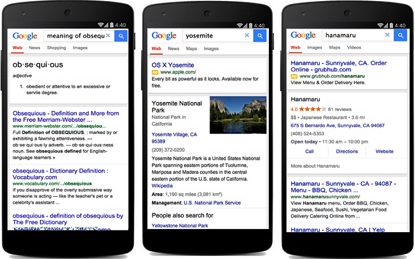