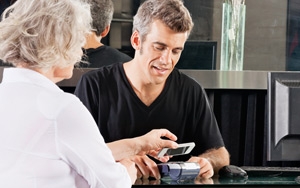 Apple Pay, Google Wallet and PayPal are fast becoming marketing tools for brands and merchants soliciting consumer loyalty. The service continues to gain traction during recent months, with competition heating up between Apple Pay and Google Wallet as they rush to add key integrations with a variety of merchants.

Customers using Android apps from Dunkin' Donuts as well as merchants that build online stores through Shopify now have an option to access Google Wallet to make and accept quick payments.

The news with the Dunkin' franchise, announced Thursday, aims to make it easier for consumers to make purchases from Dunkin' Mobile App.

There are several types of mobile payment options. Merchants continue to add mobile payment features like Google Wallet to their app, but it's not clear whether consumers are ready to use all types of options. The biggest obstacle in electronic payments is the lack of convenience, which may pose a barrier when using technology to make in-store purchases, according to a Robert W. Baird & Co survey of 525 consumers. "In-store mobile payment adoption remains low, with 60% of respondents indicating they never used a mobile device for in-store purchases," per the report. "In every group outside the 18-24 age group, the lack of a clear convenience benefit was the largest factor preventing adoption."

Google wants to resolve that problem by making the technology more accessible to the masses. The company has formed a partnership with ChowNow, an online ordering and marketing restaurant platform, bringing Wallet to thousands of independent restaurants across the United States. Rather than manually inputting credit card information, consumers with an Android phone can tap the "Buy with Google" button to pay for food at participating restaurants.

At stake in the U.S. are about $142 billion in mobile payments by December 2019 -- up from $52 billion in 2014, estimates Forrester Research's U.S. Mobile Payments Forecast, 2014 to 2019. While consumers are warming up to making payments through electronic services, the future of mobile wallets extends beyond payments, according to the research firm.

Apple recently added Firehouse Subs, Gamestop, Rubio's and T-Mobile to its "Where to use Apple Pay" Web page, with many  participating merchants--Albertsons, Anthropologie, Jersey Mike's, and Marriott -- on the future list. Target, Disney Store, Staples and Starbucks already integrating the technology into their mobile apps.

Remote payments will account for $90.6 million, compared with in-person at $34 million, and peer to peer at $26 million. For marketers, the opportunity resides with branding and loyalty to drive up conversion rates and traffic on Web sites and in stores. In the next few years, third-party payment companies from Apple, Google, and PayPal will turn electronic payments into marketing platforms, per Forrester Analyst Thomas Husson.

Brands need to convince consumers they belong on that personal space on the home screen. Consumers access about 5.8 unique apps per day on a smartphone and 23.6 per month, per Forrester's U.S. Consumer Technographics Behavioral Study, December 2014. It presents an opportunity for brands to monitor searches, transactions, use and more, providing additional metrics to target and re-target consumers on mobile devices.