Pepsi, Chevy Jingle Their Way Into AMP Hall Of Fame 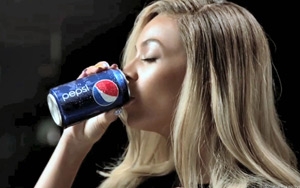 Pepsi and Chevrolet have both made music an essential component of their advertising campaigns throughout the years.

Chevy has built memorable campaigns featuring Bob Seger’s “Like a Rock” for Chevy Trucks, as well as introducing original hits like its “Heartbeat of America” jingle.

Likewise, Pepsi's “Pepsi-Cola hits the spot” jingle ranks among the most memorable ad tunes of the 20th century, supported with high-profile endorsement deals from musical performers such as Beyonce, Britney Spears, and Michael Jackson.

Now, these two brands are being honored for their contributions in making memorable musical advertising by the Association of Music Producers (AMP), the trade group for advertising music and sound companies.

Both will be inducted into the AMP Hall of Fame in recognition of Outstanding Achievement in the Use of Music to Define the Brand during the 3rd annual award show on May 5th at the City Winery in New York City.

“Each year, our goal is to honor brands that have put music and sound at the core of their messaging in ways that are arresting, surprising and memorable,” says AMP National Board President Marlene Bartos, managing director of Yessian Music in New York. “We’re delighted that our membership has chosen these great advertisers for induction in our Hall of Fame.”

Nominations are drawn from a special committee comprised of past and present AMP Board members and AMP Awards Advisory Board members from the music industry, says Lyle Greenfield, founder and partner at Bang Music, past president of AMP and one of the co-founders of the AMP Awards. Then, the shortlist is submitted to the full AMP membership for a vote.

There are many contenders.

“We look for remarkable advertisers who’ve consistently demonstrated a sophisticated understanding of the power of music to connect with consumers on an emotional level,” says Greenfield. “This year, as in years past, we all felt strongly that our nominees would be worthy of induction in the Hall of Fame.”

Past inductees include Budweiser, Nike, McDonald’s and Coca-Cola.

The committee also recognizes that it takes a village to create a memorable spot. Hence, although Pepsi and Chevy are being honored, the AMP Awards are presented to the music companies that enter the work. The creative agencies and brand are credited for their role in creating and/or commissioning the work and included in the winners’ lists and awards presentations, but the trophy goes to the music house.

Organizers are lining up some Island Records artists to perform, as in years past, but none are confirmed. Among the sponsors for this year’s AMP Awards are Island Records, iHeart Media, Grey, BBDO, Windfall Agency, J. Walter Thompson, Quietman, Shoot and SourceEcreative.