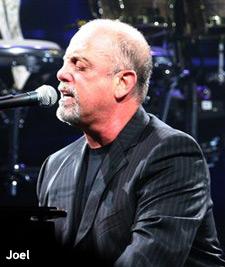 In September 2013, Wildlife Conservation Society (WCS) launched the 96 Elephants campaign to raise awareness and support the Clinton Global Initiative (CGI) “Partnership to Save Africa’s Elephants” to stop the killing, trafficking, and demand of these animals.

Now, the WCS is enlisting singer Billy Joel under its newest outreach effort, titled "Take A Stand for Elephants" that runs on national and local TV, national and local audio, print, display, social, mobile and out-of-home. The ads feature images of computer-animated elephants coming to life from shards of ivory, while Joel’s voiceover says: “We can’t turn back time, but we can reverse this trend. Don’t be the generation that allowed elephants to go extinct.”

The creative is designed to reach millennials, political activists and potential donors and serves as the second phase for the 96 Elephants awareness effort that first launched in August 2014.

Similar to the first campaign, this “Take a Stand for Elephants" initiative benefits from a team approach. The creative was conceived and developed by pro bono partner, Steve Harper, founder of ThisisBonaFide.com. Media planning and activation is handled by Horizon Media. Quinn serves as the public relations partner. Both Horizon and Quinn also participated in the first campaign, while Harper replaced DDB New York, which had only committed its time pro-bono for the first one.

“Since partnering with The Wildlife Conservation Society last year, 96 Elephants have seen incredible momentum to protect elephants by securing effective US moratorium laws, bolstering elephant protection with additional funding, and educating the public about the link between ivory consumption and the elephant poaching crisis," says Bill Koenigsberg, President, CEO, and founder of Horizon Media. "We have come a long way but more needs to be done and we are excited to have Billy Joel lend his star power to the 96 Elephants movement.”

Joel's involvement syncs with his publicly stated views. Last year, he wrote a passionate, open letter published on his website: “I am a piano player. And I realize that ivory piano keys are preferred by some pianists…but a preference for ivory keys does not justify the slaughter of 96 elephants every day. There are other materials which can be substituted for piano keys. But magnificent creatures like these can never be replaced. Music must never be used as an excuse to destroy an endangered species. Music should be a celebration of life — not an instrument of death."

And it was this stand that led executives to seek Joel's further participation.

Joel's mass appeal is expected to help boost awareness of the campaign and help it meet its goals. This year, 96E is defending the federal Ivory ban and continuing to push for state bans, having successfully passed ivory bans in NJ and NY, the effort is now targeting California, Florida, Illinois, Texas and Massachusetts. Plus, the groups will also continue to raise awareness of the international elephant crisis to build a constituency for elephants.