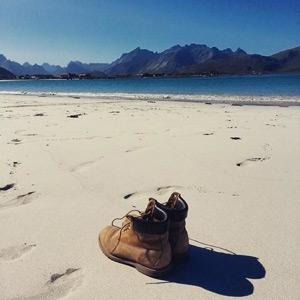 While today’s teens certainly love their favorite brands — from Timberland to Ralph Lauren to Vineyard Vines — Piper Jaffray’s latest research says these days, they care more about what they do than what they wear.

Kids are less focused on “possessions and more on share-worthy experiences,” says Steph Wissink, senior research analyst. “They are becoming the storytellers of their own lives, and are busy creating an online persona. So going to see a movie in an IMax format is more important than a pair of jeans.” In fact, this study found that while spending is up, the time devoted to shopping is decreasing, “with a drastic decline in trips to the mall.”

Another significant change is that — as profoundly influenced by mobile technology as these kids are — “they expect constant upgrades, and it’s not just in phones. These kids live in the psychology of newness, and they are looking for it everywhere. It is the core of their world.”

And of course, the phone itself is critical. “These teens have never not had a phone, and it is increasingly the remote control of their life. Their ability to make decisions on the fly has always been a part of their process,” Wissink tells Marketing Daily.

This is the 29th time the investment company has fielded the twice-yearly study, including 6,200 teens with an average age of 16.3, who command about $75 billion in discretionary spending. But since its inception, it has collected information from more than 620,000 teens and more than 30 million data points.

While teens are more optimistic about their prospects and the economy — with 35% of them working, up from 33% in last spring’s survey — they are determined value shoppers, with a commitment to finding bargains that “was very much shaped by the recession of 2008, which was having a big impact on their families before they were 10 years old.”

This year’s brand winners include Timberland, Nike, Ralph Lauren, Lululemon, MAC and UGG Australia. Thanks to the current preppy craze, Vineyard Vines also made the list, and Apple has already become their favorite watch brand. Michael Kors continues as the No. 1 handbag brand, beating Coach’s peak share in 2012.

But the crowd is as fickle as ever, she says. “It’s great to be Michael Kors with a 40% mindshare, but as soon as one girl sees a girl at school carrying that bag who she thinks shouldn’t? It’s over, and on to the next thing.”

Perhaps the biggest fashion aha!, she adds, is how determined teen girls are to spend carefully, mastering the art of the high-low look. “Not long ago when I’d do face-to-face interviews, the girls would be wearing $75 jeans, a shirt from Abercrombie & Fitch and wouldn’t be carrying a handbag. Today, she’s likely to be in a shirt from Target and jeans from H&M. Yet she’s carrying a Louis Vuitton bag.”