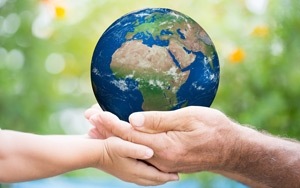 Americans increasingly don't feel Earth Day is important. Celebrated on April 22 since 1970, the day appears to be losing some of its cultural currency.

Fewer than one in four consumers (23%) plan to celebrate Earth Day this year, down from 27% in 2014, according to Horizon Media’s Finger on the Pulse research panel and Distillery social listening practice.

Even among those who will participate in Earth Day events, the importance they place upon the day has decreased. This year, just 79% of celebrators call the holiday important, while last year over 9 in 10 did.

These dismissive attitudes toward Earth Day may be a cause of concern for brands. Those that prefer to purchase from companies that align themselves with environmental causes, even if it costs a bit more, has declined from 56% in 2014 to 40% this year.

Compared with last year, fewer say they are “personally very concerned about the environment" (59% vs. 70%).

Green fatigue is particularly responsible for this declining interest. Horizon’s Distillery social listening team analyzed organic social media conversations about Earth Day and other environmental topics and found that consumers are becoming increasingly weary of what they perceive as “greenwashing.” A charge against companies that spend more time and money claiming to be “green” through marketing rather than implementing business practices that minimize environmental impact.

“Brands that get involved in Earth Day events and sponsorships must first tend their gardens, so to speak,” said Kirk Olson, vice president TrendSights at Horizon Media. “The mainstreaming of ‘green’ has made environmentalism more ordinary, but it has also created a savvy public more primed to dig up dirt that belies corporate intentions. That means even the best event integrations or sponsorship plans could backfire if company behavior doesn’t match the cause.”

Still, not all green news is negative. Those that take steps in their everyday life to preserve the environment, including actions like recycling, turning off lights and conserving water, have remained consistent at 66% year-over-year.

Plus, Americans still want companies to do good. The top three environmentally friendly actions they want from brands include planting trees (61%), making donations to environmental causes (51%) and offering environmentally friendly products (51%). That said, they also expect brands to do lot of the work for them. They are much less eager to partake in a volunteer effort organized by a brand (40%).

“Earth Day and environmentalism are clearly not dead,” says Olson. “But our research suggests that as green causes proliferate, consumers expect brands to carry the financial and activist burden on their behalf. This fits with other cause-driven “buy to give” behaviors, like choosing Toms shoes. And consumers don’t expect making these pro-social buying choices to cost them more.”

They may be smaller in number this year, but for Earth Day celebrators, easy and low-cost conservation tactics top their list of personal actions for the day: 44% plan to recycle, 42% plan to conserve water, 41% will turn off lights, and 39% will plant trees, flowers or other plants.