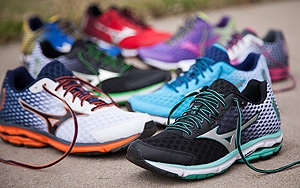 Japanese-based sporting goods brand Mizuno has named 22squared its new Agency of Record in America. The Atlanta-based agency will be responsible for handling all advertising and marketing communications, including creative, strategy, media planning and buying, content creation and social media. The account will be led by 22squared’s Ed Klein, EVP, Executive Group Director. The incumbent agency McKinney did not participate in the review.

“We are thrilled to bring our unique integrated capabilities to the Mizuno brand,” said Richard Ward, CEO of 22squared. “They were looking for a nimble agency with the ability to effectively blend creative with the many platforms available to reach today’s active consumers, and we look forward to delivering on all counts.”

While Mizuno is well-known in Japan, its awareness and sales lag in the U.S. among better advertised competitors, such as Nike and Adidas. The sports brand, which sells footwear, apparel, and athletic gear, spent 10.1% of its revenue on advertising globally in fiscal 2014, which equaled about $125.5 million, according to company financial records.

Now, 22squared will help raise its profile among athletes as well as everyday consumers. While the agency will be assisting with a variety of projects this year, the first brand campaign to be fully under its oversight will launch in early spring of 2016 to coincide with the buying season for running and golf.

“We found the right partner for our business in 22squared,” said Bob Puccini, President of Mizuno USA. “Being able to micro-target consumers and inspire in the social space is critical to our future success and brand evolution. Moreover, at Mizuno, we are guided by our belief in sports’ ability to enhance and transform people’s lives for the better. We are confident that 22squared will create exciting and compelling messages that bring this belief to life.”