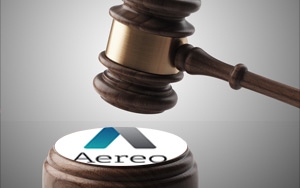 The major television broadcasters have agreed to accept $950,000 from Aereo to settle claims that the online video distributor infringed copyright by streaming TV shows to subscribers' computers.

That deal, which was disclosed in papers filed late last week with U.S. District Court Bankruptcy Judge Sean Lane in New York, could resolve litigation dating to 2012, when Aereo first launched in New York. The proposed $950,000 settlement marks only a small fraction of the $108 million that broadcasters sought from Aereo, according to the court papers.

Aereo enabled paying subscribers to stream over-the-air programs in real-time directly to smartphones, tablets and other devices. The company, which rolled out to around a dozen markets by 2014, also allowed subscribers to “record” shows and watch them on demand.

Broadcasters argued that Aereo's system infringed copyright, on the theory that the company transmitted programs to the public without a license. Aereo countered that its system was legal based on its architecture. The company relied on thousands of mini-antennas to capture and stream shows. Aereo said its transmissions were “private,” because each stream was made on an antenna-to-user basis.

The legal battle between the broadcasters and Aereo went up to the Supreme Court, which ruled against Aereo last June.

Shortly after that ruling, Aereo ceased operations. By the end of last year, the company declared bankruptcy.

In March, TiVo purchased Aereo's trademarks, domain names and customer lists for $1 million at auction. The company's patents and some equipment were sold to two separate companies for $545,000 total.

Shortly after that auction, which disappointed Aereo, the company filed a new lawsuit alleging that the broadcasters scared away potential bidders by continuing to make new claims related to copyright infringement. “There was and is no good faith basis, objective or subjective, legal or factual, for the ... broadcasters’ repeated and relentless use of the legal process to chill the debtor’s sale efforts,” Aereo said in papers filed in March in bankruptcy court in the U.S. Southern District of New York.

The $950,000 settlement would also resolve those allegations by Aereo.