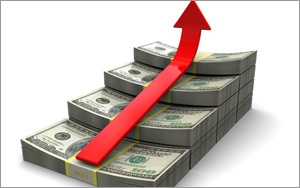 U.S. digital advertising revenue rose 16% to $49.5 billion in 2014 compared with the prior year, according to the IAB Internet Advertising Revenue Report released Wednesday.

Hidden in the numbers: social-media advertising jumped 57% to $7 billion in 2014. During the second half of the year, social-media revenue was $4.1 billion, with the increase reflected in the 55.0% compound annual growth rate of social from 2012 to 2014, as a result of years building up social networks.

PricewaterhouseCoopers Partner David Silverman said during the IAB conference call that brands have finally figured how to monetize their investments in social media as the platform continues to mature.

This maturity has led to higher prices in the cost per click for ads running on networks such as Facebook. Recently, reports have surfaced that confront the higher costs on social media, specifically Facebook. When asked if brands will continue their social-media spending spree, even if prices continue to rise, Sherrill Mane, senior vice president of industry services at the IAB, said brand marketers will make conscious choices to invest ad dollars in higher costs per click if they believe the campaigns produce a higher return on investments.

These brands will shift advertising dollars to the media where they see the greatest impact.

Pivotal Research Group Analyst Brian Wieser believes the IAB's findings require more than a little bit of interpretation. "On our estimates, the bulk of the industry’s growth once again accrued to Facebook and Google, he wrote in a report released Wednesday. "Assuming that total search across all devices grew by low double digits, we can estimate that non-search digital advertising grew closer to 20%.

"If we exclude the revenues we estimate that Google and Facebook then captured of the non-search market, we estimate the rest of the industry grew by a low to mid-single digit rate for the year."

Wieser said the IAB data ultimately makes clear to us once again that Google and Facebook continue to dominate the industry, as the two companies capture more than 40% of non-search digital advertising, and more than $30 billion, or 60% of the industry, if we include search, as well.