WPP Posts 5.2% Organic Growth In Q1, In Line with Omnicom, Well Ahead of Publicis 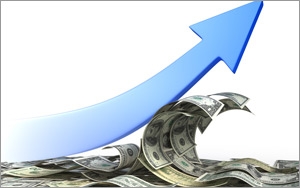 WPP reported organic revenue growth of 5.2% for the first quarter, just slightly ahead of the 5.1% growth reported by rival Omnicom earlier in the week.

It also far exceeded the 0.9% gain reported by Publicis Groupe.

WPP benefited from a weakening British pound versus the U.S. dollar during the period. Total revenue was up 8.3% to 2.783 billion pounds (approximately $4.211 billion).

Organic net sales, which takes into account pass-through revenue for media purchased and resold to clients, was up 2.5%. Other holding companies do not break out this figure.

WPP CEO Martin Sorrell said results for the period "were a little bit slower than we anticipated." He added that results this year will be stronger in the second half, which is the opposite of what occurred last year when the first half was stronger.

WPP had net new business of $1 billion in Q1, down a bit from the $1.275 billion in new business generated in the first quarter of 2014. Sorrell noted that the company's full-year programmatic sales for 2015 are expected to total around $1 billion, up from $800 million last year.

By region, the UK was the strongest, with organic revenue growth of 8.1%, while growth in North America was 4.4%. Asia-Pacific, Latin America, Africa, the Middle East and Central and European Europe combined posted an increase of 6.8%.

By business sector, advertising and media investment management was the fastest-growing with 10.7% organic revenue growth and accounting for a little over 44% of total group revenues. Other sectors including research, PR and branding were flat or posted low single-digit growth.

The company said it expects full-year organic revenue and net sales growth of over 3%. “All in all 2015 looks to be another demanding year, although a weaker UK pound against a stronger US dollar maybe continue to provide some modest currency tailwind,” the company stated.

And clients remain cautious with a focus on “costs, rather than revenue growth. Procurement and finance tends to take the lead over marketing and investment and supplier are encouraged to play the additional roles of banks and/or insurance companies.”

Commenting on the results in a note to investors, Pivotal Research senior analyst Brian Wieser said WPP’s Q1 results "appeared somewhat modest and below where we thought the quarter would turn out, if still consistent with the company’s own full-year expectations and not bad in context of increasingly difficult-to-compare competitor results.

"Despite our current concerns on the sector which are mostly valuation driven (but more proximately impacted by what we expect will be a barrage of further noise for the industry on the rebate topic over the course of 2015) we continue to view WPP as the best-positioned agency holding company at a strategic level."

That said, Wieser recently advised most investors to exit the sector, putting sell ratings on WPP, Publicis Groupe and Omnicom and a hold rating on Interpublic, in large part due to client concerns and perceptions about the extent of sketchy rebate/kickback activity in the U.S.

Earlier this week, both Omnicom and Publicis executives downplayed the concerns, asserting that up to this point there has been more innuendo and confusion surrounding the issue than facts confirming it.

Earlier today, however, the Association of National Advertisers called the financial relationship between advertisers and agencies "disturbing," based on a new report that it plans to unveil and discuss in depth at its financial conference next week.