Bing Shopping Campaigns Begin To Roll Out, Capitalize On Images 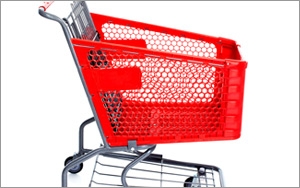 Microsoft has begun rolling out Shopping Campaigns in Bing Ads to a handful of brands, with plans to open the platform to others in the next few months. Shopping Campaigns lets brands track and optimize the product catalog directly in the ad platform.

Marketers that are already running Google Shopping Ads can import the campaigns into Bing Ads to make the initial setup and maintenance easier, per the company. The platform also provides the ability to view performance data for all products no matter how the campaign is structured, and offers competitive benchmark reporting and data to drive better optimization.

Images play a major role in the success of Shopping Ads. Merkle RKG reported earlier this week that Bing Product Ad traffic volume rose 467% year-over-year, albeit from a small base, in Q1 2015. Brand participating in the program generated 9% of total Bing Ads clicks from the format and 17% of non-brand clicks. Combined with Google Product Listing Ads, Bing Product Ads click growth slightly declined for retailers in the first quarter, although the feature became a significant growth engine for the Bing Ads, per Merkle RKG.

"Bing does have an uphill battle attracting advertisers to their significantly lower volume of shopping traffic," said Jonathan Opdyke, CEO of HookLogic."While improved advertiser tools can help, the impetus is on them to innovate by providing tools that attract more shoppers.  Pending volume growth, they are smart to make it easier to draft off of Google campaigns where more advertiser attention is focused."

Opdyke said adding images helps with conversion, as do other attributes like price and reviews, but shoppers are more certain about what they click on and why they will likely find a better match in the ad.

Aside from Shopping Ads, Bing achieved a significant milestone in the first quarter of 2015, when U.S. search share topped 20% and search advertising revenue grew 21%, said Microsoft CEO Satya Nadella during the company's earnings call Thursday. "Search is key to productivity in work and life and it's a huge opportunity for Microsoft, as we continue to innovate with Bing across our applications and platforms," he said. "I'm pleased with our renewed partnership with Yahoo and our combined ability to compete more effectively in the search marketplace."

Revenue in Microsoft's Devices and Consumer Other segment rose 25% and 28% in constant currency, exceeding expectations, Nadella said on the earnings call. He attributes growth to Office 365, Bing and Xbox Live transactions.

"Gross margin expanded again, benefiting from the increased scale in our services," he said. "Inclusive of the estimated impact of the Yahoo agreement reached last week, we remain confident in our goal of Bing profitability in FY 2016."