For Mom, Hallmark Heads Back To Social Experiment 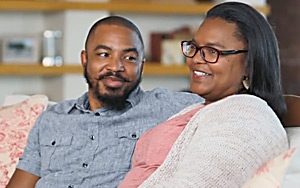 In a bid to help Americans connect with mom on a different level, Hallmark is reprising its Valentine’s Day ad campaign, a social experiment involving hidden cameras and word play. This time, grown-up children have to express their appreciation without using the greeting card standards of “Thank you” or “I love you.”

While the format follows the larger “Put your heart to paper” umbrella theme it established between men and women in the February effort, “our relationships with mothers is a little trickier,” says Christopher Cole, creative director at Leo Burnett Chicago, which created the spots. “It’s not just about love, or just about appreciation. It’s not a single emotion or a single thought. It’s complicated.”

It’s also a tough way to get noticed, since this kind of super-sincere social experiment is becoming increasingly common. Last year, rival American Greetings created a “World’s Toughest Job” video, via Mullen Advertising, and fell into the schmaltz pot. It became one of the year’s breakout sensations, generating more than 23 million views. And this year, Danish jewelry powerhouse Pandora has already gotten close to 13 million hits with The Unique Connection, with blindfolded children picking their mothers out of a lineup.

Cole acknowledges that diving into the trendy experimentation realm is risky. “It can look like you are just following the herd,” he says. “But Hallmark is so well known for a certain kind of communication,” he tells Marketing Daily. “Emotion is what their brand is all about. Because this is more about reality, and less like a commercial, it makes sense for the brand, especially at a holiday like this, when it’s so easy to slip into cliché.”

He says the campaign, which is all digital, also reflects a more modern take on mothering. “We’re all so rushed,” he says. “This was an opportunity to try and get people to slow down and think it through, to go a little deeper. It’s less advertising-esque.”

Mother’s Day is the third-largest holiday for card sales, selling about 133 million cards, according to the Greeting Card Association. (Christmas is first, with 1.6 billion, followed by Valentine’s Day, with 145 million.)