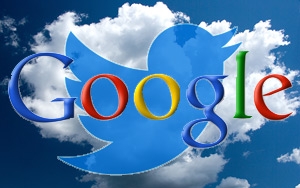 Twitter said late Tuesday it will open some of its advertising inventory to Google. The two companies will develop a new attribution model for its advertisers.

They will make it possible for Twitter advertisers that use DoubleClick to measure when conversions result from views and other actions on Twitter. Later this year, advertisers will have access to the attribution model in DoubleClick to gain a better understanding of how Twitter Ads that serve up on mobile or desktop drive conversions across the Web.

The companies also plan to make Twitter ad inventory available through DoubleClick Bid Manager, an ad-buying platform that supports a variety of online ad exchanges. DoubleClick promises that Bid Manager will offer advertisers access to billions of impressions and rely on audience and contextual data to target the perfect customers at the right moments.

Google recently added a programmatic TrueView ad-buying format in DoubleClick Bid Manager. The move combines the importance of user choice in advertising with the ability to reach the right person at the right time through programmatic ad buying.