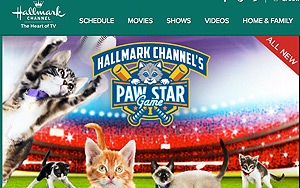 While most of the bigger TV network groups have seen weak or, at best, single-digit ad-revenue growth, Crown’s networks rose 14% in the first quarter to $78.4 million. The company says higher ratings at Hallmark Channel and Hallmark Movies & Mysteries were the reason.

Opening trading of the stock quickly rose 6% on Friday. Later-day trading of Crown Media then came down somewhat -- 4% higher to $3.90.

Subscribers' fee revenue growth, however, was virtually flat, at $20.9 million from $21.0 million in the first quarter of 2014. At the same time, the company lowered its programming costs by 14% to $33.8 million during the period.

Marketing expenses for the company rose fourfold to $4.6 million, due to the promotion of Hallmark’s “The Good Witch” series.