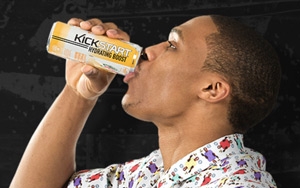 The acceleration in the innovation cycle isn't just in categories like phones. It is also occurring in the CPG world. Nielsen, in a new report on innovation, is revealing 12 packaged goods brands it deems leaders in innovation. The media firm says overall investment in future innovation is at a seven-year high.

The winners for the 2015 Breakthrough Innovation Project include the usual industry giants, including PepsiCo, which won three awards, one of which is for a beverage; L'Oreal Paris; and P&G, which won for Duracell, a brand it is spinning off.

The picks, derived from an analysis of a pool of over 3,500 brands, are based on relevance, assessed on earnings of at least $50 million in retail sales during the product's first year; endurance, meaning that second-year earnings amounting to 90% of first year’s results; and distinctiveness, which does not mean repackaging, ingredient reformulations, or size changes.

Taddy Hall, SVP, Breakthrough Innovation Project tells Marketing Daily that assessments were done in 2015 based on 2013 new product launches, "As we study two years in market to ensure these are enduring successes, not flash in a pan short hits," he says. "It is a major differentiation versus other studies. We honor new product successes which become established in the market and consumer's lives." He says that for the 2015 Study Nielsen assessed 3,522 initiatives to get the 12 Winners.

"What makes these brands innovative is that they stood above the competition in their ability to create value in the lives of customers. For example, lifting and lugging heavy cat litter from store shelf to the car into the house and ultimately out with the garbage has been a persistent nuisance for many cat owners," he notes. "Tidy Cats lightweight resolved this circumstance of struggle with a perfectly crafted solution that involved breakthrough engineering to deliver all the efficacy of clay-based litters at a fraction of the weight. This is the discipline of Breakthrough Winners: they create brands that resolve circumstances of struggle and fulfill unmet aspirations in consumers lives."

Hall explains that with Kraft's Lunchables product the challenge was to make it relevant with teens.The product, he says, was still very big with elementary aged children, but kids in their early teens were looking for more food and also had an image of what ‘cool’ is that is quite different than what is ‘fun’ for a 7-8 year old. "Oscar Mayer had a product challenge as well as a brand marketing challenge. On the product front Oscar Mayer not only increased the amount of food, but introduced brands that teens loved." He points out that dramatic packaging and branding changes were also made. These included introducing a beveled-edge box and black coloring. "Uploaded was definitely not your ‘little kids’ Lunchables," he says.

On the brand marketing front, the Oscar Mayer team formed a partnership with Rob Dryden, former professional skateboarder around digital shorts of him skateboarding while explaining the importance of “uploading” one’s lunch and one’s life. And the brand and product were integrated into an episode of the final season of Fantasy Factory, where Dyrdek announced the an online series, Fully Uploaded, "Where he would spotlight individuals who were living an uploaded life," says Hall.

As for MillerCoors Redd’s Apple Ale, their goal was fourfold, says Hall: win back beer defectors, attract more women, win with Millennials and compete effectively against wine and spirits. "The company noticed that Millennials enjoy lighter, sweeter beverages as the growth of shandy’s, teas and fruit-flavored malt beverages has shown. The MillerCoors team also identified a significant opportunity to expand into outdoor, mixed-gender social occasions where lighter, sweeter flavors and fun, approachable brands fit with the criteria millenials applied in this setting." The marketers, he says, did flavor and palate work and found that apple and strawberry consistently topped the lists. "While ciders had been growing – especially among women — nobody was doing anything with apple and beer, so they developed some initial concepts to own apple in the beer aisle. They wanted a flavor profile that was slightly sweet but not sugary." The company launched a campaign with 15-second, witty ads around the 'Pick Different' Redd's Apple Ale identity: crisp like an apple, brewed like an ale.' "Redd’s has redefined what beer can be and generated a huge success with both men and women pulling the beverage into their lives," says Hall.

The company says it will reveal the substance of its study and associated case studies on June 22 at its Consumer 360 event in Washington, D.C.. Over the past six years, the project has celebrated 74 products, representing less than 0.5% of new product launches, per Nielsen.