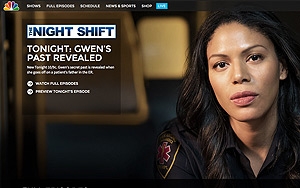 NBCUniversal’s film unit had a 7% increase in revenue to $1.4 billion due to higher content licensing and home entertainment revenue. Theme Parks perked up 34% to $651 million as a result of higher guest attendance and its Orlando’s “The Wizarding World of Harry Potter” attraction.

Comcast’s recent failed efforts to acquire Time Warner Cable amounted to $99 million in the first quarter of this year.