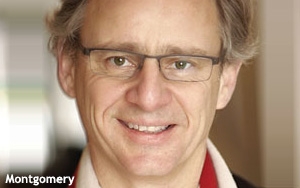 GroupM Interaction has been renamed. In a bid to consolidate its offerings into a cohesive and consistent global platform GroupM has renamed the digital operation GroupM Connect effective May 1, the company has confirmed.

In a memo to staffers issued last week, John Montgomery, Chairman North America of the rebranded unit, said the firm had undertaken the effort to “fully adapt ourselves to the demands of the emerging real-time media era, in which connectivity, collaboration and worldwide coherence are increasingly important to us and our clients.”

The renaming, Montgomery stated, “is a starting point for a worldwide digital business redesign that joins together our digital biddable media operations including search, social, mobile and our programmatic buying units.”

That excludes Xaxis, which remains a separate operation and unaffected by the made over Interaction unit.

But as part of the realignment, GroupM specialist agencies, including Catalyst, Quisma, Keyade, H1, Blazar and Outrider, are being brought under the worldwide management of GroupM Connect. It’s likely that other agencies, as they are acquired, will also be organized under GroupM Connect.

“It is our intention,” Montgomery wrote, “that GMC unifies our real-time digital-media services under a single umbrella and acts as a worldwide agency platform providing an unrivaled competitive advantage for our media agencies and specialist agencies.”

In a follow-up interview, Montgomery stressed that GroupM Connect is not fifth agency network, but a global platform with tools and processes that existing shops have and will continue to tap into.

Like Interaction before it, GroupM Connect will oversee the development of tools and processes central to GroupM’s digital operations designed to enable shops to function more effectively.

The unit also develops and implements standard terms with publishers and oversees policy regarding the integration of data services, privacy policies and behavior advertising self-regulation across GroupM.

“We see it as the best way to scale technology and offer a more unified service across the globe,” especially as technology and the marketing landscape become increasingly complex, Montgomery added.

The platform will continue to evolve. Montgomery noted that in North America the platform’s search and social offerings are at an advanced level while in other regions they are still developing.

The agencies use the platform, in combination with their own tools and positioning, to provide custom offerings to clients.