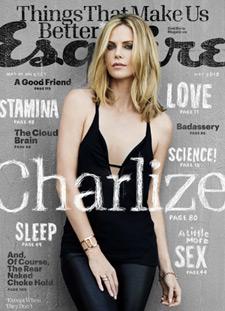 Long the runty kid brother of women’s apparel, menswear has been a key growth area for the fashion industry in recent years, but still tends to sit in the shadow of the much larger women’s business. Axe and Esquireare trying to raise the profile of men’s fashion with a new contest that will highlight promising young designers and their work.

The men’s style magazine and young men’s grooming brand are inviting aspiring menswear designers to submit an online video and photos of up to three designs for clothing, outerwear and accessories to the Axe White Label Collective, the company’s mentorship program for musicians and designers.

Judges will then choose five winners to participate in an event at New York Fashion Week, showcasing their original work.

Winners will receive resources and mentorship sessions with musician John Legend, menswear designer Billy Reid and Esquire fashion director Nick Sullivan, and their work will also be featured in the September issue of Esquire magazine.

Esquire isn’t the only men’s lifestyle and fashion magazine unveiling branded events around the Big Apple in recent months.