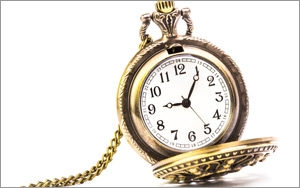 Google has acquired the scheduling app Timeful to provide support for calendar and task management. The tool set launched an iOS app in July 2014.

With a focus on mobile, watchers will likely continue to see Google acquire a variety of companies focused on application development.

"The Timeful team has built an impressive system that helps you organize your life by understanding your schedule, habits and needs," wrote Alex Gawley, director of product management, in a post. "You can tell Timeful you want to exercise three times a week or that you need to call the bank by next Tuesday, and their system will make sure you get it done based on an understanding of both your schedule and your priorities."

Gawley expects Timeful's technology will integrate across products like Inbox, Calendar and more. The more means the ability to precisely time push notifications to individuals using smartphones. The more information someone puts in their phone calendar, the better the data to push information to the user.

The deal is the second time a big company acquired an app start-up to improve on its time-management technology. Microsoft in February acquired Sunrise, the maker of a smart-calendar app for iOS and Android.