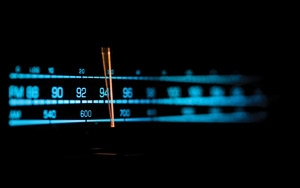 As more broadcast radio groups announce their results, there’s no question the first quarter of the year was distinctly mediocre for the radio industry, with most companies reporting that revenues were flat or down in the first three months of the year.

Within these figures, radio revenues as reported on a same station basis were flat at $24.3 million; on an actual basis (including divested stations) they were down 2.4% from $24.9 million. The company’s smaller TV division saw revenues increase 6.6% from $4.5 million to $4.8 million.

Saga CEO Ed Christian attributed the results to general weakness in the radio business, noting that “nobody in the broadcast industry is happy with Q1.” However, he was optimistic about the rest of the year, citing signs of an economic recovery and returning consumer confidence.

As noted, Saga rounds out the impression of an uninspired quarter for the radio business.

It wasn’t all bad news. On the positive side, iHeartMedia, formerly Clear Channel, reported that radio revenues increased 4.1% to $697.8 million in the quarter.