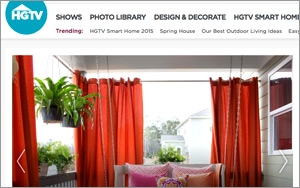 After some strong periods, Scripps advertising revenue was essentially flat for its most recent three-month reporting period -- just up 0.1% -- to $429 million. Scripps is forecast to see slightly stronger improving ad revenue -- 1% to 1.5%.

Advertising revenue stability came amid declining ratings -- down 3% for all its channels on a revenue-weighted targeted rating basis, according to MoffettNathanson Research. Overall, prime-time 18-49 ratings for all Scripps networks sank 5%; up 2% for all its prime-time viewers.

The best Scripps network performer was HGTV, where its 18-49 prime-time viewers were 11% higher during the period. HGTV’s overall revenue was up 4% to $237 million.

Scripps’ affiliate revenue grew 4% to $198 million for its fiscal first-quarter results. Overall revenue added on 2% to $658 million. Net income from continuing operations was down 4% to $166.1 million, due to acquisitions and restructuring.

Scripps Network Interactive’ stock was down 2% to $68.56 in midday trading.