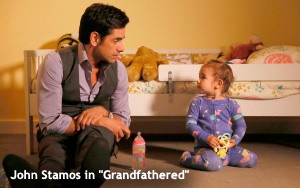 The most notable part of Fox’s fall programming plans would appear to be the network’s decision to completely remake the Tuesday night lineup.
Not only are “New Girl” and “The Mindy Project” gone completely from the evening this fall (“New Girl” is slated to return in midseason, while “Mindy” appears to have been canceled at long last), but the two comedies that have been created to ostensibly replace them have been moved out of the 9-10 p.m. time slot.

Why? Because Fox’s affiliates have been complaining that the weak 9-10 p.m. hour on Tuesday nights was undermining their 10 p.m. newscasts. They especially hated “The Mindy Project,” which aired at 9:30.

For this hour, Fox has come up with a horror-comedy-drama — at least that’s the sense from a promo reel shown at the Fox upfront Monday afternoon in New York — from producer Ryan Murphy. He’s well-known for shows such as “Nip/Tuck,” “Glee” and “American Horror Story.”

In his new show, called “Scream Queens,” a bloody serial killer has targeted the stuck-up sisters of a fictional preppie sorority house. Of all the shows presented at Fox’s upfront at Manhattan’s Beacon Theater, this one got the most buildup, with Murphy coming on-stage with this show’s huge ensemble cast, which includes Lea Michele, Jamie Lee Curtis, Emma Roberts and Abigail Breslin.
The problem is, it looked like a dud. More promising were the comedies slated for the hour before “Scream Queens,” a clever pairing of one sitcom starring John Stamos, followed by another one starring Rob Lowe.
In the first one, called “Grandfathered,” single guy and man about town John Stamos suddenly learns he has a grown son and a baby granddaughter. In the second show, Lowe plays a TV actor who became a beloved star after playing the lead role in a legal drama called “The Grinder,” also the name of this comedy.

In the sitcom, the Lowe character believes he can actually become a lawyer -- the “situation” in this comedy. At the upfront, Fox Television co-chairman Dana Walden said the “Grinder” script was the funniest she had ever read in her entire career.

Attendees at the presentation didn’t seem exactly thrilled by “The Grinder” or “Grandfathered,” but it’s sometimes difficult to tell how these upfront audiences feel about the clips and promos for upcoming shows. And then again, sometimes it’s easy. Such was the case when a promo reel was shown for “Bordertown,” a new animated series slated for midseason from Seth MacFarlane about the residents of a fictional town on the border of California and Mexico. The laughs for this clip were honest, heartfelt and spontaneous. The show is hilarious -- another likely winner for MacFarlane, who created "Family Guy" and "American Dad."
What else was notable about the Fox lineup for next season? Two of the network’s dramas deal with fictional monsters. One is called “The Frankenstein Code,” and it’s a modern-day reworking of the Frankenstein story. In this show, an elderly man is murdered and after his body is retrieved from what looks like the ocean, he is somehow transformed into his younger self, and very much alive. He then seeks vengeance on whoever it was who killed him.
The other “monster” show is “Lucifer,” about a handsome devil who leaves hell and moves to Los Angeles, where he has a series of adventures and encounters with various mortals. While it is hard to judge a show by a clip reel,  “Lucifer” seemed charmless.
One thing “Lucifer” had in common with “Frankenstein”: Both lead characters drove around in cool vintage cars.
These two shows are slated as midseason replacements, but one of the dramas earmarked for fall also had a dashing male protagonist who drives around L.A. in a classic automobile. “Rosewood”  is about a swashbuckling pathologist who maintains a private practice but helps out the L.A. cops. “Rosewood” has been given the plum time slot of 8 p.m. (ET) on Wednesday nights leading into “Empire,” which was positioned at Fox’s upfront as the centerpiece of its entire lineup.
advertising, broadcast networks, tv, upfront
Next story loading