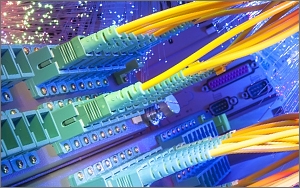 The Federal Communications Commission has denied broadband providers' requests to stay a portion of the new net neutrality rules.

The agency's ruling, issued late on Friday by the chiefs of the Wireline competition Bureau and Wireless Telecommunications Bureau, means that the rules will take effect on June 12, unless an appellate court intervenes.

The 19-page order disposes of petitions by the trade groups US Telecom Association, CTIA-The Wireless Association, Wireless Internet Service Providers Association, the American Cable Association, the National Cable & Telecommunications Association, AT&T and CenturyLink. They recently asked the FCC to stay the decision to reclassify broadband access as a utility, as well as the new “general conduct” regulation, which broadly prohibits ISPs from unreasonably impeding consumers and content providers from reaching each other.

The groups didn't seek to stay other portions of the net neutrality order, including the new so-called “bright-line” rules that prohibit Internet service providers from blocking or degrading traffic and from creating paid fast lanes.

In its decision rejecting the stay request, the FCC said the broadband providers and trade groups failed to show that they are entitled to the “extraordinary remedy of a stay.”

Specifically, the organizations didn't show that they are likely to succeed on the merits, or that they will suffer irreparable harm if the rules take effect, the FCC wrote.

The FCC adds that staying the rules would harm the public at large. “The record here was replete with evidence that the regulatory regime adopted in the Order is both essential to protect consumers and innovators against harms arising from a lack of openness and best serves the public interest,” the agency writes.

The FCC agreed with Cogent on that point. “The Commission found that bright line rules were insufficient to protect against all broadband provider conduct harmful to Internet openness,” the decision states. “To protect against such conduct, the Commission adopted mechanisms for case-by-case evaluation of broadband provider conduct... Granting the petitioners’ requested stay would eliminate these important regulatory backstops.”