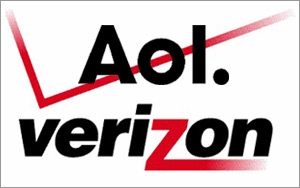 Search, digital advertising, video content and mobile are the seeds sowing the relationship between Verizon and AOL. The telecommunications company on Tuesday said it signed an agreement to purchase AOL for an estimated value of about $4.4 billion.

Advertisers and their agency partners seem positive about the alliance.

"Search as a behavior is at the center of this, as it's still the means by which I discover my content and videos OTT," said Rob Griffin, EVP of Media Futures & Innovation at Havas Media Group N.A. "Given AOL's tech and content,  plus Verizon's FIOS and streaming desires, I think this makes a lot of sense," he said. "AOL also still has rural dial-up customers. If Verizon can offer them better pipes, this would expand their footprint."

Despite AOL's lag in search query market share, marketers see opportunities for Verizon to become a major influence in mobile marketing and advertising with support from AOL's ad products and technology.

Another brand advertiser views the pending acquisition as "good news." Video and content will play a major role. "Another competitor to Google and Facebook, with a platform for advertising and particularly video advertising, is a good thing," said one source. "It will be particularly useful if the brand is interested in reaching the type of audiences that that AOL-Verizon can reach. AOL still has about 2 million subscribers, plus the reach of its online marketing content."

U.S. adults, on average, will spend 76 minutes daily watching video on digital devices in 2015, including PCs, tablets, smartphones and OTT devices, according to eMarketer estimates.

In 2016, programmatic will account for 40% of the U.S. digital video ad market, estimated eMarketer. Mobile video ad spending will reach $2.62 billion this year in the U.S. In April 2015, AOL launched ONE, a programmatic platform enabling marketers to optimize against campaign goals across all screens, formats and inventory types.

One point not addressed: how the technology behind AOL will support Verizon's push into the Internet of Things. It may be too early to know  how AOL's technology expertise will support Verizon Wireless' move into IoT, but the company believes the agreement will create a growth platform from for consumers and businesses.